SYSTRA has won a major contract in the United States for the design of the precast segmental superstructure along a 1.5-mile (2.4km) section of the iconic Chicago ‘L’ rail transit system.

SYSTRA is also responsible for electrical design, including an electrical grounding system and stray current protection system for the segmental superstructure.

In early 2018, SYSTRA International Bridge Technologies (SYSTRA IBT) was approached by the Walsh Group and the Fluor Corporation to develop a precast segmental concrete guideway for a significant portion of the Red-Purple Modernization (RPM) project in Chicago, Illinois. Their design-build team had been shortlisted for the first phase of the RPM and believed that segmental may be built more efficiently than the baseline steel design concept. This would be the first segmental structure built for the Chicago Transit Authority (CTA), which operates the ’L’ (short for ’Elevated’), well-known for its tradition in steel structures. Acceptance for this concept would be a long shot, but the game-changing merits of segmental were worth the year-long effort to propose it, design it, bid it, and win with it. 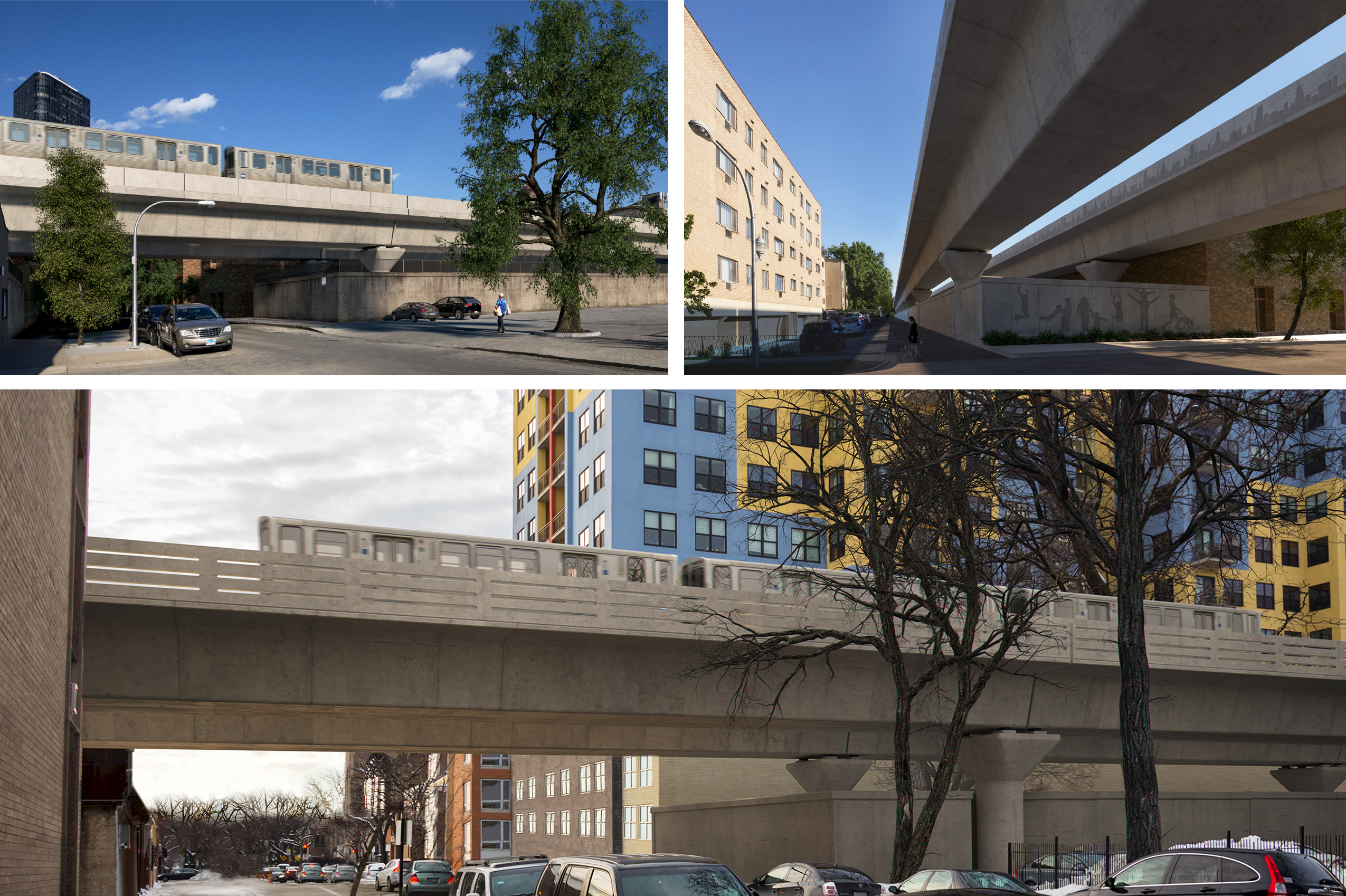 Part of A Strong Team for a Critical Modernization Project

The ’L’ is the second busiest rail mass transit system in the United States, and RPM is the largest capital project in CTA’s history. The first phase of its construction will be led by a design-build joint venture between Walsh and Fluor. The team also includes Stantec as the lead engineering firm, and EXP, a leading Chicago architectural and engineering firm. 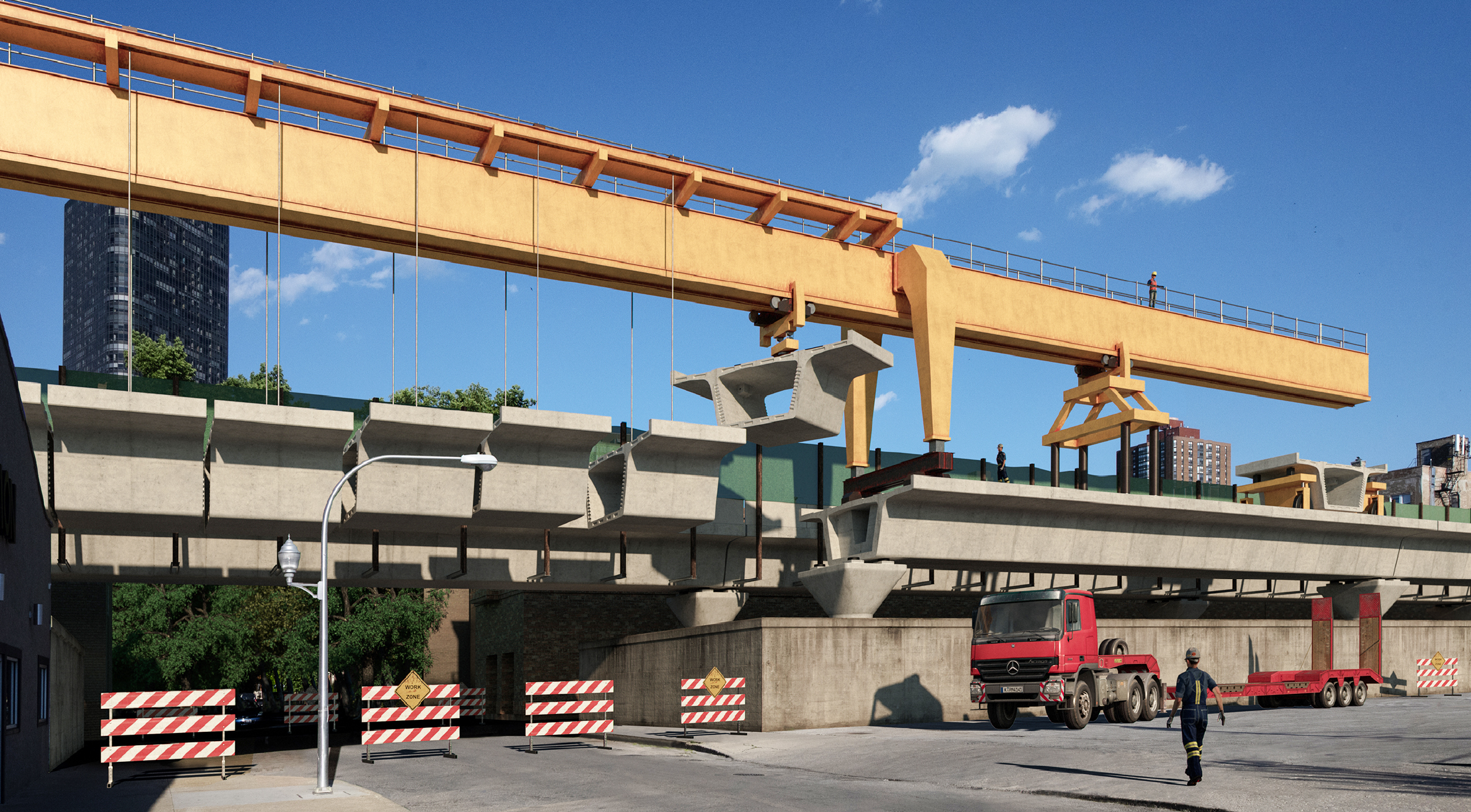 SYSTRA Bridges, SYSTRA USA Consulting, and the Technical Directorate in Paris also collaborated for this pursuit. In addition to bridge engineering, it was necessary to quickly deploy our rail systems and transit expertise. Due to the unique character of our proposed structure within the Chicago system, we needed to provide a stray current protection system for both the new closed-deck segmental structure and the adjacent open-deck steel structures. When questions arose, SYSTRA quickly responded. Joachim Ziemendorf, a leading stray current expert who had been working on-site in India, flew to Chicago with one week’s notice to meet with our team and present solutions. On other occasions, SYSTRA quickly mobilized expertise in systems integration and traction power.

We were also able to showcase our distinctive visualization capabilities for this pursuit. Our realistic renderings became a key part of our presentations to CTA, and they were ultimately incorporated throughout our team’s final proposal.

Stanley Rosenblum, CEO of SYSTRA in the United States said, “This project demonstrated our ability to quickly mobilize specialized expertise from around the world.”

Benjamin Soule, Technical Director of SYSTRA IBT commented, “The SYSTRA Team did a great job of developing a completely new alternative concept, then communicating the benefits of the design to the Design-Build Contractor and to the Owner.”

Michael Smart, President of SYSTRA IBT added, “The ’L’ is an iconic symbol of Chicago. This is a very high-profile win for us in North America.”

Erin Schultz, the Walsh Group’s Chief Engineer and the Design-Build Coordinator for the Walsh-Fluor Design-Build Team, who initiated the segmental idea and approached SYSTRA IBT to develop it, said, “SYSTRA IBT and their associates were key to developing, presenting and ultimately gaining approval for the segmental solution. SYSTRA’s technical expertise and resume of signature bridge experience were key to our victory.”