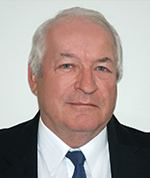 ​​​​​​This honour is testimony to his leadership in concrete segmental bridge design and construction, in a career spanning nearly five decades.

You worked with the late Jean Muller, the famous French bridge designer - what did you learn from this experience?​​​

Jean Muller was an engineer as well as an architect, builder and inventor. This is a rare combination of talents in a single person, which cannot be found nowadays. He taught me that good designs must not only be structurally sound, but also economical and buildable with an aesthetic appeal. In his opinion, the ability to work hard and intellectual honesty are the two fundamental qualities an engineer must possess.

How has the engineering sector changed over the course of your career?

A lot has happened in 45 years…When I started working as an engineer, we used slide rules for our calculations, and mail, telex and telephone for communications. We know how much all this has changed with modern computers and the internet. We used to have 5cm-thick design codes. They have now grown to five times this size. The design process has become more complex with sometimes two independent reviews, ISO quality control procedures and additional levels of management.

These are all major evolutions but we have to be careful to avoid losing creativity as a result of only following strict guidelines. We also must not blindly accept the results given to us by computers but use our engineering judgement. 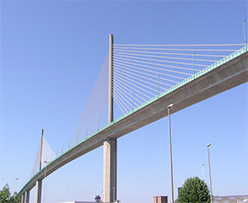 ​As a designer, what structures have inspired you in your work? When I was at engineering school, I remember visiting the Brotonne Bridge in Normandy during its construction. At the time, this 320m span was the longest in the world for a cable stayed concrete box girder. This breakthrough design was at the same time a strikingly elegant structure. It served as a model for the Sunshine Skyway Bridge in Florida, which was built 10 years later. 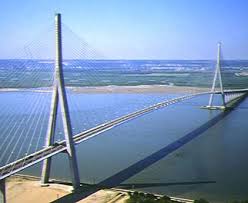 I have always been very impressed by the Normandy Bridge in France. It was also a breakthrough at the time of its construction: the 856m main span was a giant step compared to other cable stayed bridges of its era. Similarly, the Burj Khalifa tower in Dubai is a beautiful structure resembling a spear aimed at the sky. It was a giant step technically, with a height of 828m compared to 452m for the world’s tallest building at the time.

What has been the greatest challenge of your career?

​After working for five years in a design office in Paris, I took an assignment to participate in the construction supervision of the Florida Keys bridges south of Miami. Jean Muller’s design for these bridges over water was totally new, especially in the USA where precast segmental construction was unknown. 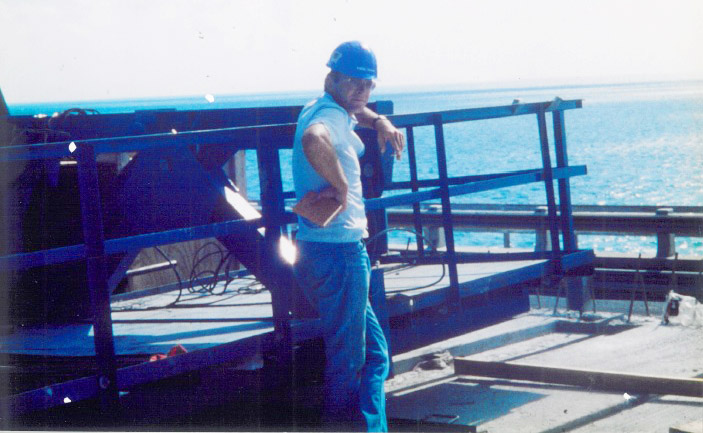 With my poor command of the English language and relative lack of bridge construction knowledge, this was a real adventure. But, in the end, it was a unique experience. 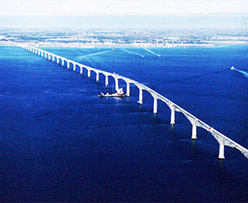 What achievement are you most proud of? Probably the Confederation Bridge in Canada. This was a giant structure with 44m x 250m spans in deep water across the Northumberland Strait and ice forces as high as 3,000t acting on each pier. The bridge was totally precast, including the foundations, and the largest superstructure pieces weighed as much as 7,500t. The structure was assembled using a giant crane, the Svanen, in 12 working months, a record for a bridge of this size.

What advice would you give to engineers starting out in their career?

Spending time in school gives us the tools for designing bridges but we really become engineers by learning how to use these tools. The key is to go through as many projects as possible from design to end of construction and learn from our mistakes, as well as others’ mistakes.

We should remember that bridges are very visible structures in the environment and they last for many years. This is why we should pay attention to the visual aspects of our designs.

How will bridge engineering change in the foreseeable future?

The strength of materials like steel and concrete has increased steadily over the past years. This trend will probably continue. Composite materials have not yet been widely used in bridges because of cost issues. However, they offer excellent solutions for repairing existing bridges.

The infrastructure is ageing, at least in North America, and there will be an increasing demand for bridge rehabilitation or replacement. As an example, we recently replaced all the stay cables of a bridge in Louisiana under traffic.

Building Information Modelling (BIM) is revolutionizing the way engineers and contractors communicate. This will probably become applicable to bridge design too.