A Big Day for The Samuel De Champlain Bridge

On 28th June, SYSTRA IBT celebrated the inauguration of a new cable-stayed bridge in Canada, marking the end of four years of work for our on-site infrastructure experts.

The date of the inauguration was no random choice. In fact, on 28th June 1962 the original Champlain Bridge crossing the Saint Lawrence river was inaugurated. Fifty-seven years later, the new structure, given the full name of Quebec’s founder, was officially inaugurated by the Canadian authorities and notably by its operator, the Signature on the Saint Lawrence consortium.

Linking Montreal to Brossard in the suburbs of the South Shore, this structure is strategic for the local economy. Two figures demonstrate this well: 50 million annual crossings and 20 billion dollars of goods and commercial transactions. 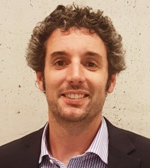 Zac McGain, General Manager at SYSTRA IBT in Canada said: “We have been working on this new bridge since 2014 and today we are especially proud to say: ‘we did it!’ We were responsible for designing the steel decks, the approach spans and the independent certification of the main span, but also the construction supervision and certification of the structure. I thank all the SYSTRA IBT team, as well as our partners and sub-contractors, who have given their best to successfully complete this project.”​

A Bridge Ready to Withstand the Passage of Time​

The closure of the old Champlain Bridge at the beginning of July was anticipated due to premature ageing. The first structure in Canada to use prestressed concrete rather than steel, it was damaged by the use of de-icing salts and poor drainage. The new structure is designed to last 125 years and has fewer expansion joints, 8 as against 57, in order to make the crossing more comfortable.

To resist salt, abrasion and variations in temperature, high performance concrete was used, while stainless steel reinforcing was used in the concrete for the areas most exposed to de-icing salts. Asphalt was also applied to withstand time, with a thickness of 90 mm as against the usual 60 mm. As for the cables of the bridge’s main span and back span, they are covered with slender ribs spaced at 30 centimeters to mitigate against the falling of blocks of ice in winter. ​ Serving Multimodality​

The new Samuel De Champlain Bridge opens the way for new forms of mobility. In addition to 6 traffic lanes, the shoulders are designed to accommodate reserved bus lanes during the construction of the REM. Along the northbound corridor into Montreal, a multi-use path reserved for active transportation (cyclists and pedestrians) was installed. With 4 observation points, it should open at the end of the summer. Finally, in 2021 the central section of the bridge will be used by the new Réseau express métropolitain (light rail network) on which SYSTRA IBT is also working.

Approach roads to the new Samuel De Champlain Bridge have been widened and a new structure, the Nun’s Island bridge, has been built.

The opening to traffic on the bridge took place in two phases: on the 24th of June the northbound carriageway, then on the 1st of July the southbound lanes were opened, allowing time for the approach roads to be modified.