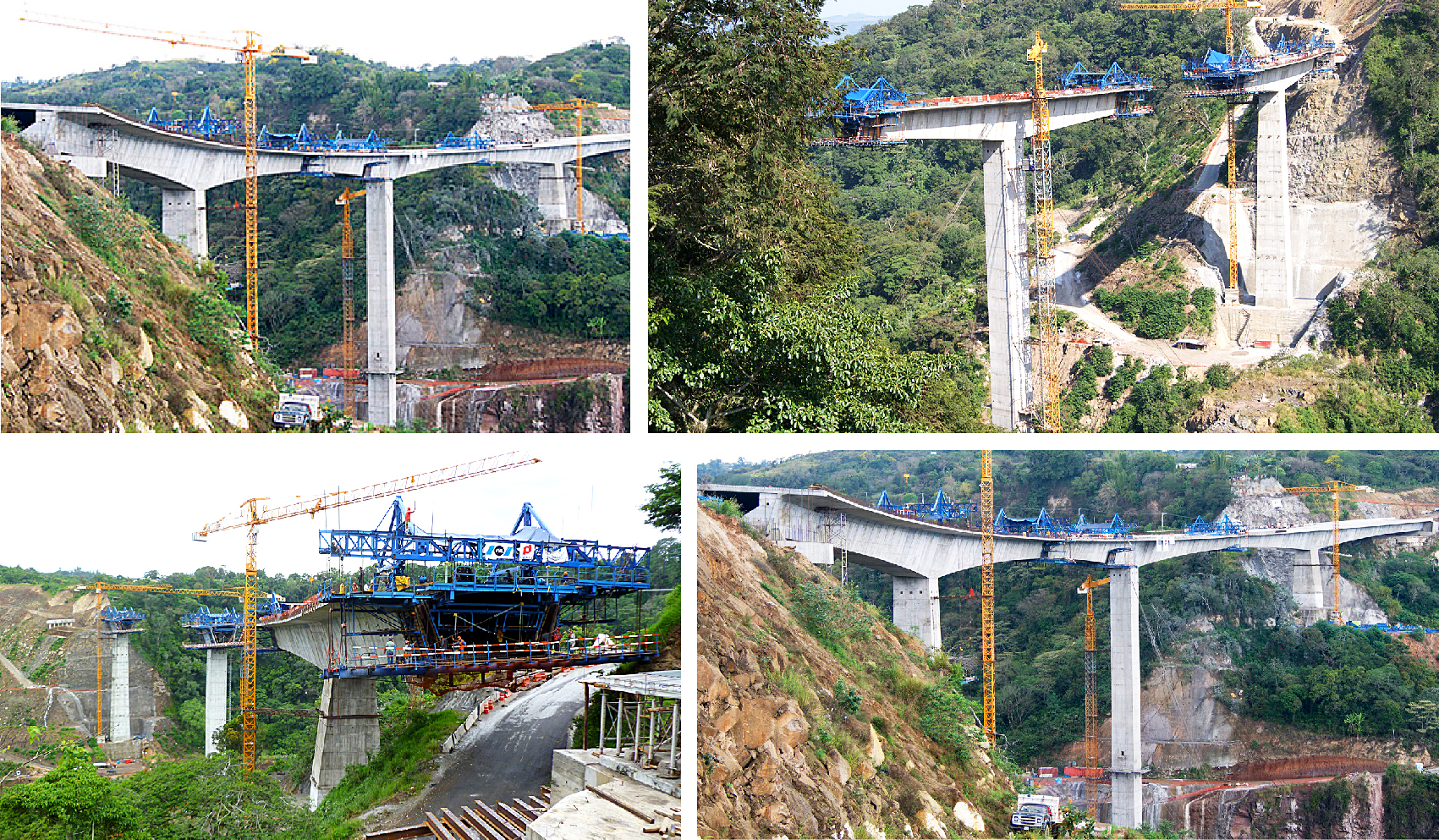 Located near the city of Xalapa, in the Mexican Gulf Coast State of Veracruz, this 470 m (1,542 ft) long segmental bridge will form the last link of the Amozoc-Veracruz highway, providing a modern and faster route between the central cities of Mexico and the Port of Veracruz. The 17.9 m (58 ft) wide cast-in-place box girder will carry four lanes of traffic over a deep valley, with pier heights up to 85 m (279 ft).

The superstructure consists of two 145 m (476 ft ) long central spans and two 90 m (295 ft) long approach spans. The roadway geometry calls for both a vertical curve and a horizontal curve along the entire length of the bridge. The substructure consists of cast-in-place rectangular hollow piers on bored pile foundations and spread footings.

The structure will be erected by the balanced cantilever method using form travelers.