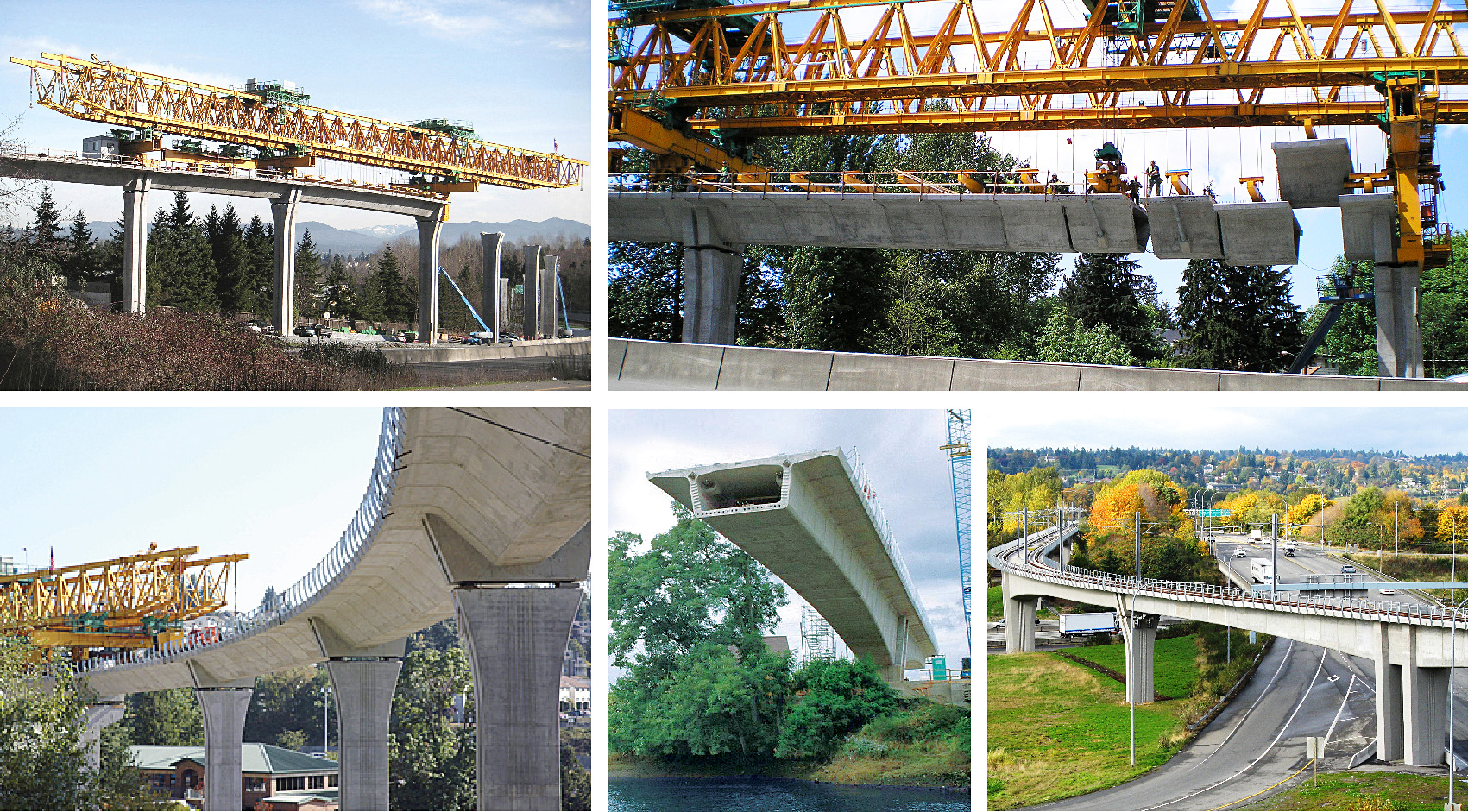 This 5 mile (8 km) stretch of light rail extends from Boeing Field, at the southern outskirts of the city of Seattle, to the Seattle-Tacoma Airport. The project includes 4 miles (6.4 km) of elevated guideway carrying twin tracks with continually welded rails fastened to the top of the superstructure. Three stations are placed along the alignment. The project is located in an environmentally sensitive area.

The superstructure consists of a precast segmental box girder with typical spans of 120 ft (36.6 m). Three long span structures with spans varying from 220 ft to 350 ft (67 m to 106.6 m) were required for special crossings over the I-5 highway, the BNSF railroad, and the Duwamish River. Construction from the top minimized impact on traffic and the sensitive environment.

A unique V-shape triangular cross section was developed specifically for this project. This design optimized superstructure quantities and reduced the visual impact when observed from ground level. The forming of the superstructure segments was simplified by the elimination of the diaphragms at the PT tendon deviations. Exterior diaphragms were used at the pier segments for transverse stability and to transfer seismic forces to the buffers on top of the piers. The lower part of the diaphragm was kept horizontal to eliminate the need for bearing plinths.

The columns were designed to match the shape of the outside diaphragms at the pier segments so that the superstructure appears to be supported by a “cradle.” Light curved parapets were used on each side of the guideway. Most columns are supported on single 10 ft (3 m) diameter drilled shafts to reduce the impact of construction on the right-of-way. The bid for the successful contractor was US$25 million under the owner’s estimate.