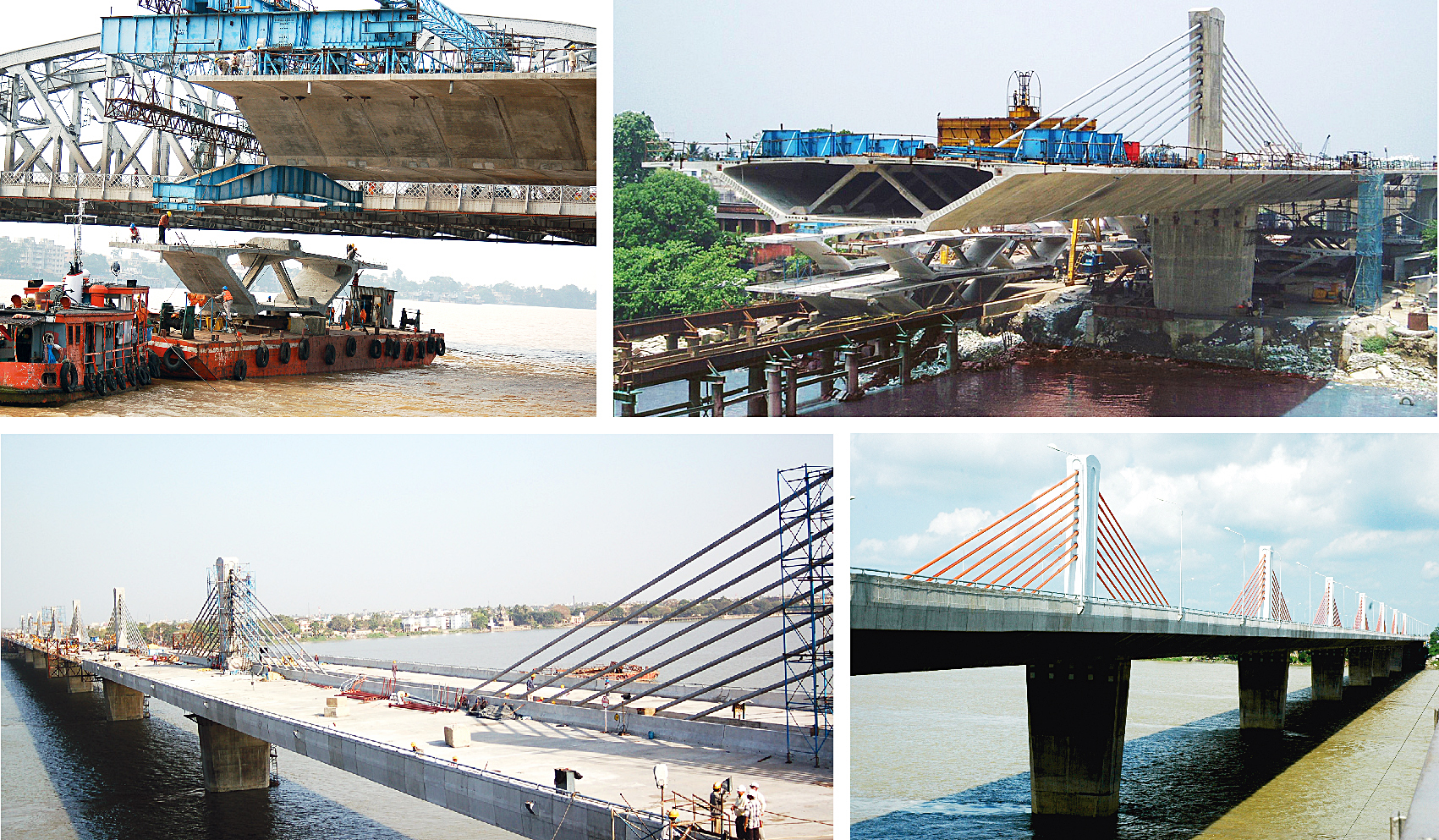 The deck is supported by a central plane of stay cables. The superstructure is monolithically connected to cast-in-place pier shafts supported on 45 m (148 ft) deep well foundations. The circular caisson caps are located at riverbed level to reduce the risk of scour.

Construction of the bridge superstructure was critical due to high current and flooding after the monsoon season. The precast segments were delivered with barges and lifted in place with a beam and winch system at the cantilever tip.