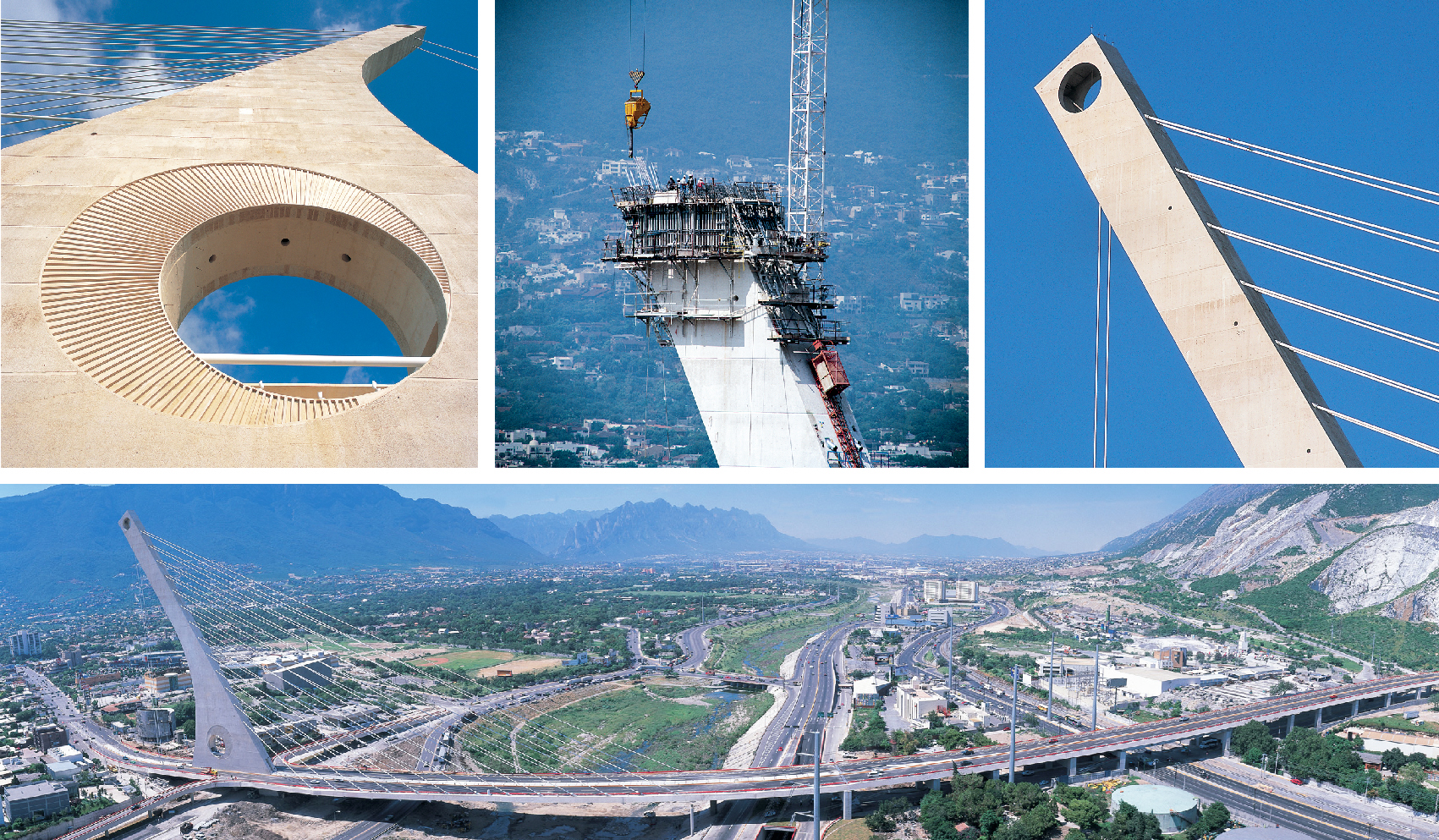 The Puente de la Unidad, a signature bridge that crosses the Santa Catarina River in Monterrey, Mexico, is an asymmetrical structure with a cable-stayed span of 187 m (613.5 ft) carrying four lanes of traffic and a central walkway. The total bridge length is 304 m (997 ft), with the central pylon inclined at 60 degrees partially balancing the weight of the main span. The width of the bridge varies between 24 m and 33 m (79 ft and 108 ft).

On and off ramps merge onto the bridge on each side of the pylon. The bridge superstructure is supported along its sides by 13 sets of stay cables with a “harp” arrangement. The superstructure consists of longitudinal concrete edge beams, transverse steel beams, and a concrete slab. The pylon design allows traffic on the roadway parallel to the river to pass directly through the base of the pylon. The bridge construction scheme was unidirectional cantilever with traveling forms and moveable supports.

The bridge’s special aesthetic features include architectural light­ing and the use of white concrete. The bridge was built on a fast track schedule with start of design in October 2001 and completion of construction in September 2003.