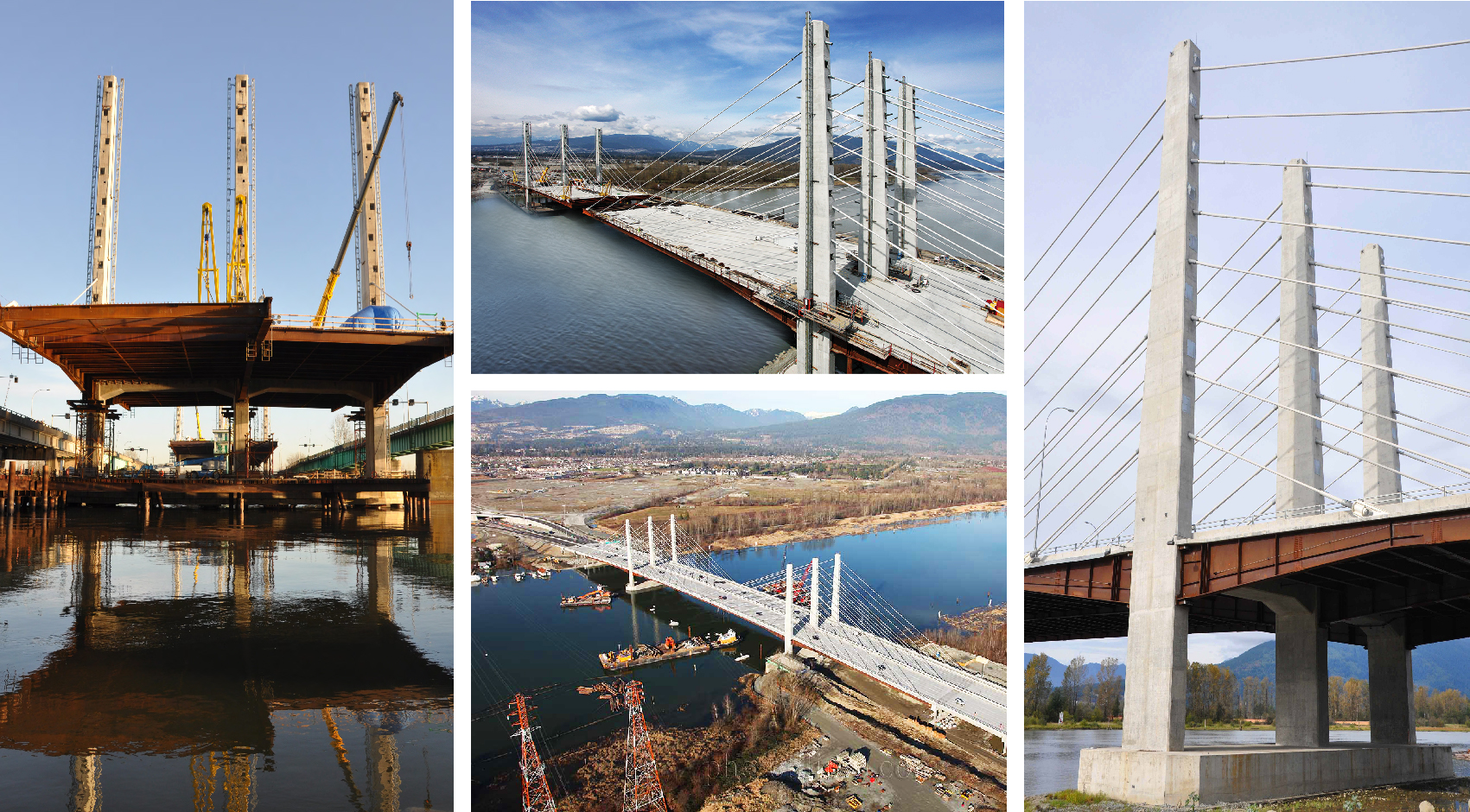 This bridge, which connects the municipalities of Pitt Meadows and Port Coquitlam, is part of the North Fraser Perimeter Road in Vancouver. The bridge was constructed within the existing right-of-way and allows free passage of marine vessels without disrupting the flow of traffic on Highway 7.

The roadway allows for seven lanes of traffic and a bike path, and it has a provision for a future eighth traffic lane. The superstructure width varies from 40.5 m to 48 m (133 ft to 157.5 ft) in the initial configuration. The main river crossing consists of a three-span cable-stayed bridge with a 190 m (623 ft) main span. The bridge superstructure consists of a steel-concrete composite deck supported by three planes of stay cables in a “harp” arrangement. The bridge is supported on large diameter piles anchored in the till with pile caps at water level. The bridge was completed on-time and on-budget, and it opened to traffic in the fall of 2009. Design-build project.