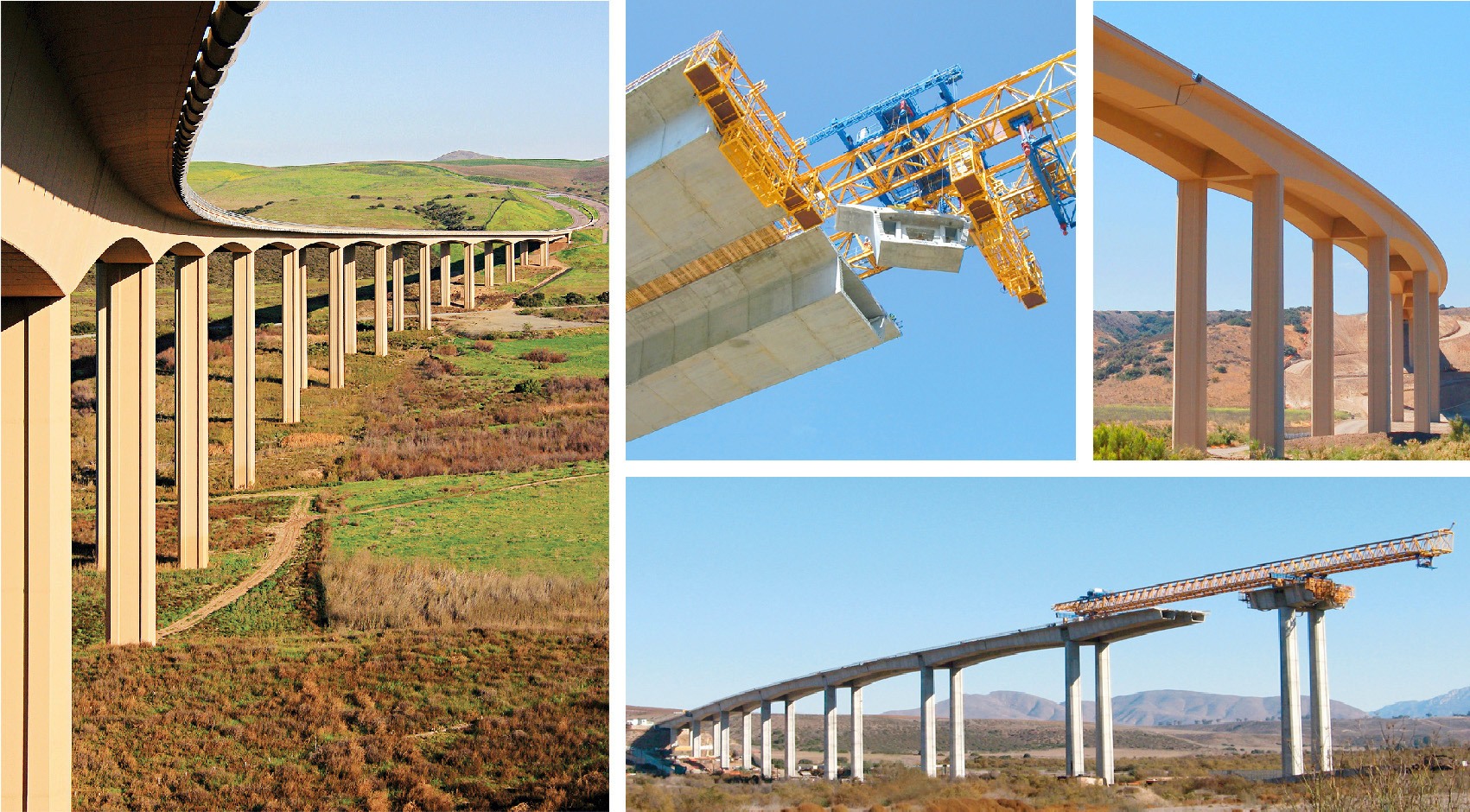 This award-winning bridge is part of a 15 km (9 mile) toll road connection between State Route 54 south of San Diego, California and State Route 905 near the Mexican border. The 1,012 m (3,320 ft) long Otay River Bridge at the south end of the project is a high-level valley crossing with pier heights of up to 55 m (180 ft) and twelve 90 m (295 ft) spans. It was one of only two precast segmental bridges in California at the time of construction. The bridge consists of twin variable-depth box girders with a total width of 23.2 m (76 ft) connected by a transverse diaphragm at the piers and a cast-in-situ slab along the centerline of the bridge. Three moment-resisting expansion joints are located at mid-spans to facilitate thermal expansions and contractions.

The superstructure is supported on cast-in-place piers resting on drilled shaft foundations. The connection between the superstructure and the piers is monolithic to help resist high seismic loads.

The precast segmental box girders were erected in balanced cantilever from the top using an overhead gantry. The design allowed for the single gantry to erect both side-by-side box girders simultaneously.

The toll road is a design-build project funded with private financing. Ultimately, it will be owned by the California Department of Transportation (Caltrans); therefore, the Otay River Bridge was designed in accordance with Caltrans’ rigorous standards for state-of-the-art bridges in high seismic zones.