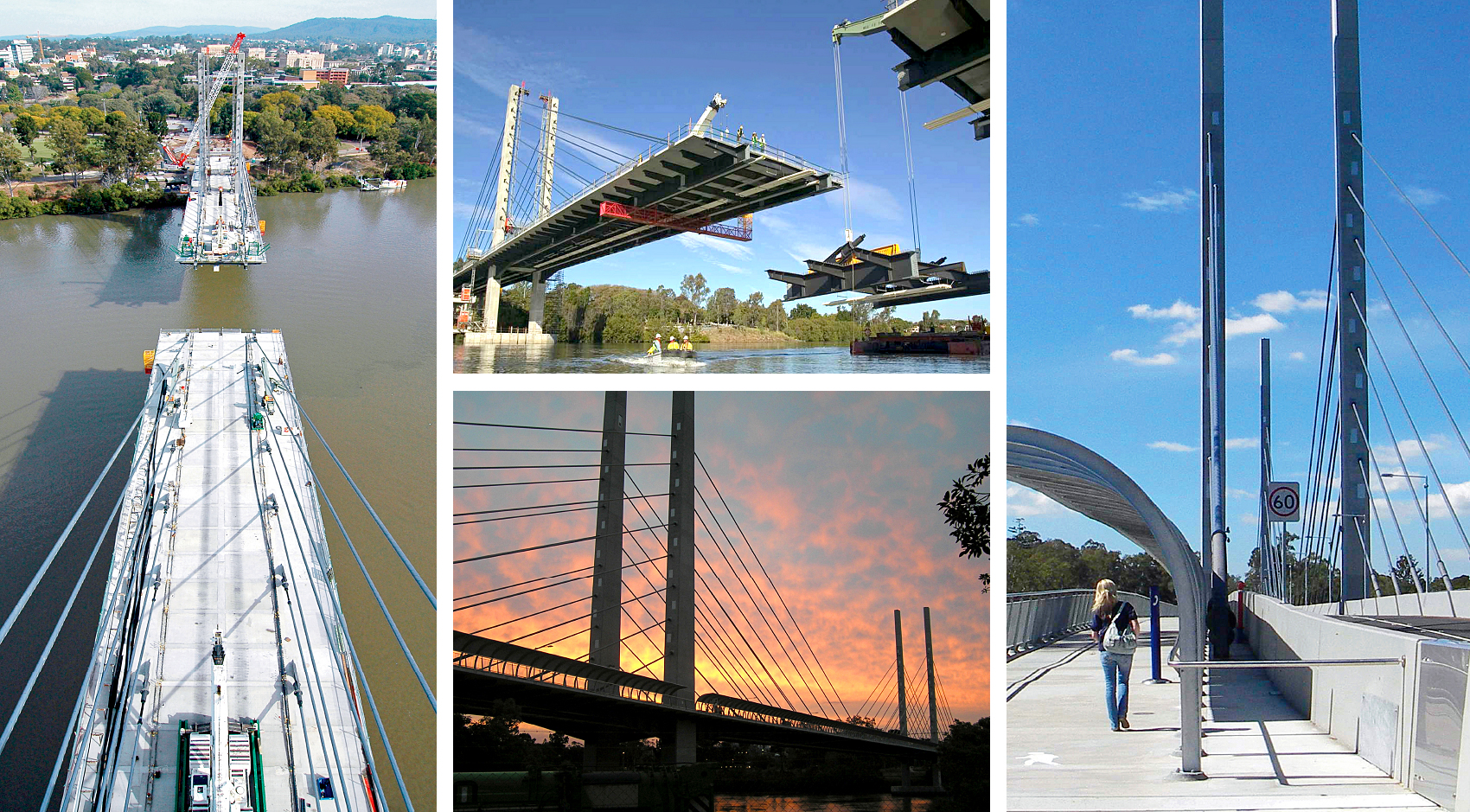 The award-winning Eleanor Schonell Bridge across the Brisbane River in Australia connects Dutton Park to the University of Queensland campus. The 20 m (66 ft) wide bridge carries two lanes of traffic and two sidewalks with canopies for pedestrians and bicycles. It is designed to accommodate a future light rail track.

SYSTRA IBT developed the structural design for the cable-stayed spans in association with GHD. This design-build project was completed on an accelerated schedule with design starting in February 2005 and construction substantially complete in September 2006.

This project received numerous awards including the 2008 Golden State Award, ACEC’s (CELSOC’s) highest honor for projects engineered in the State of California, and the ACEC 2008 Excellence in Engineering Design Honor Award.