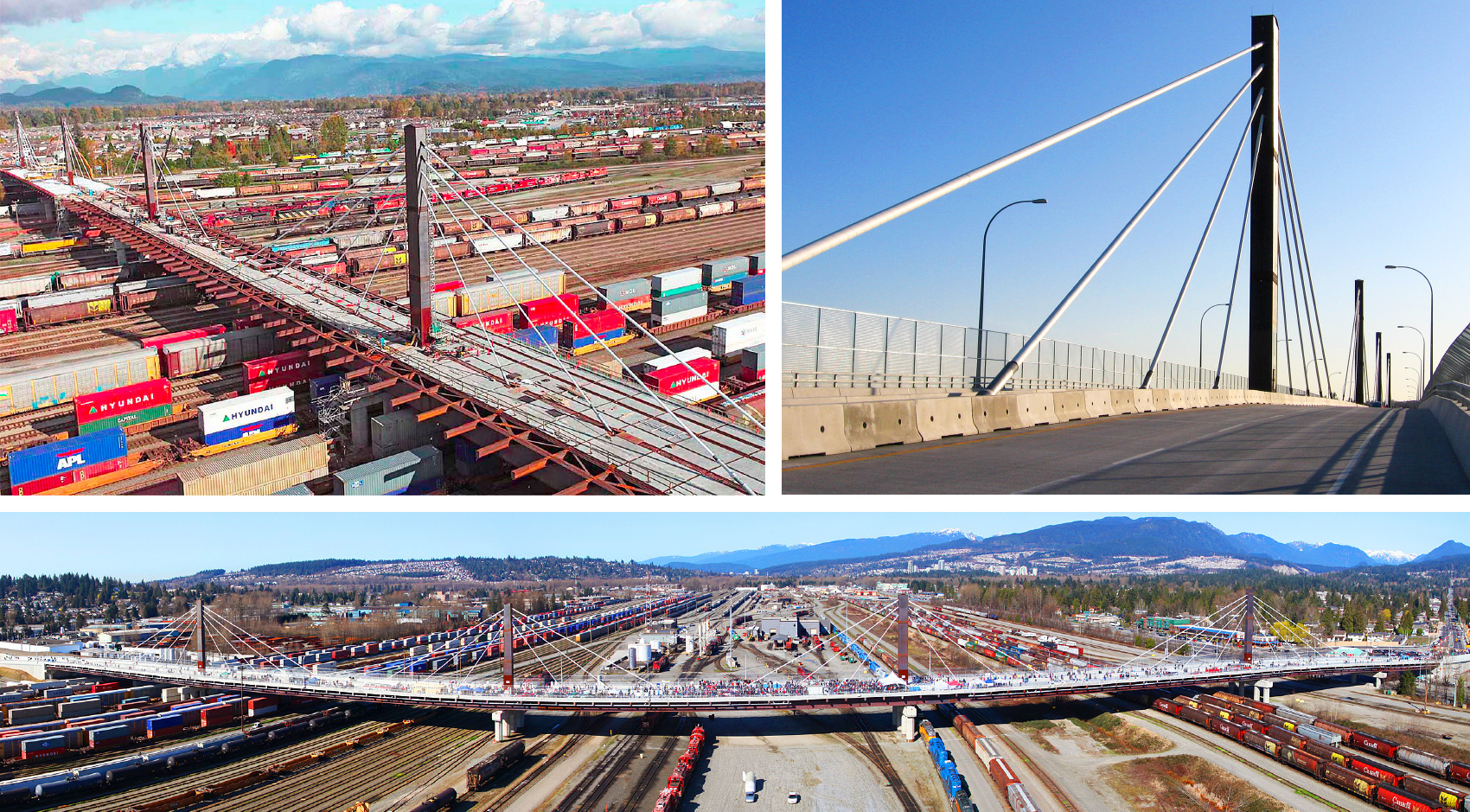 The Coast Meridian Overpass follows the alignment of Coast Meridian Road and serves as a critical transportation link between the north and south of Port Coquitlam, British Columbia. It includes a new structure over the Canada Pacific Railway yard and Lougheed Highway. The overpass carries four traffic lanes, a central median divider, bicycle lanes in both directions, and a sidewalk on the west side. The 23.8 m (78 ft) wide superstructure consists of twin steel box girders connected with floor beams and composite precast concrete deck panels with a reinforced concrete overlay. It is supported by a central plane of stay cables anchored in steel pylons within the median.

In order to maintain railroad operations, the bridge was push-launched from the south abutment. This included a 40 m (131 ft) long launching nose and temporary stay cables ahead of the lead span. At the time of construction, the 125 m (410 ft) clear launched span was one of the longest on record in North America. After completion of launching, permanent stay cables were installed and partially stressed. Then, the concrete deck and deck furniture were installed, and the stay cables were re-stressed.

Launching operations were successfully executed and resulted in no unanticipated closures of the railway yard. Construction was completed on schedule; and the bridge opened in March of 2010, completing a vital link for the community. Design-build project.