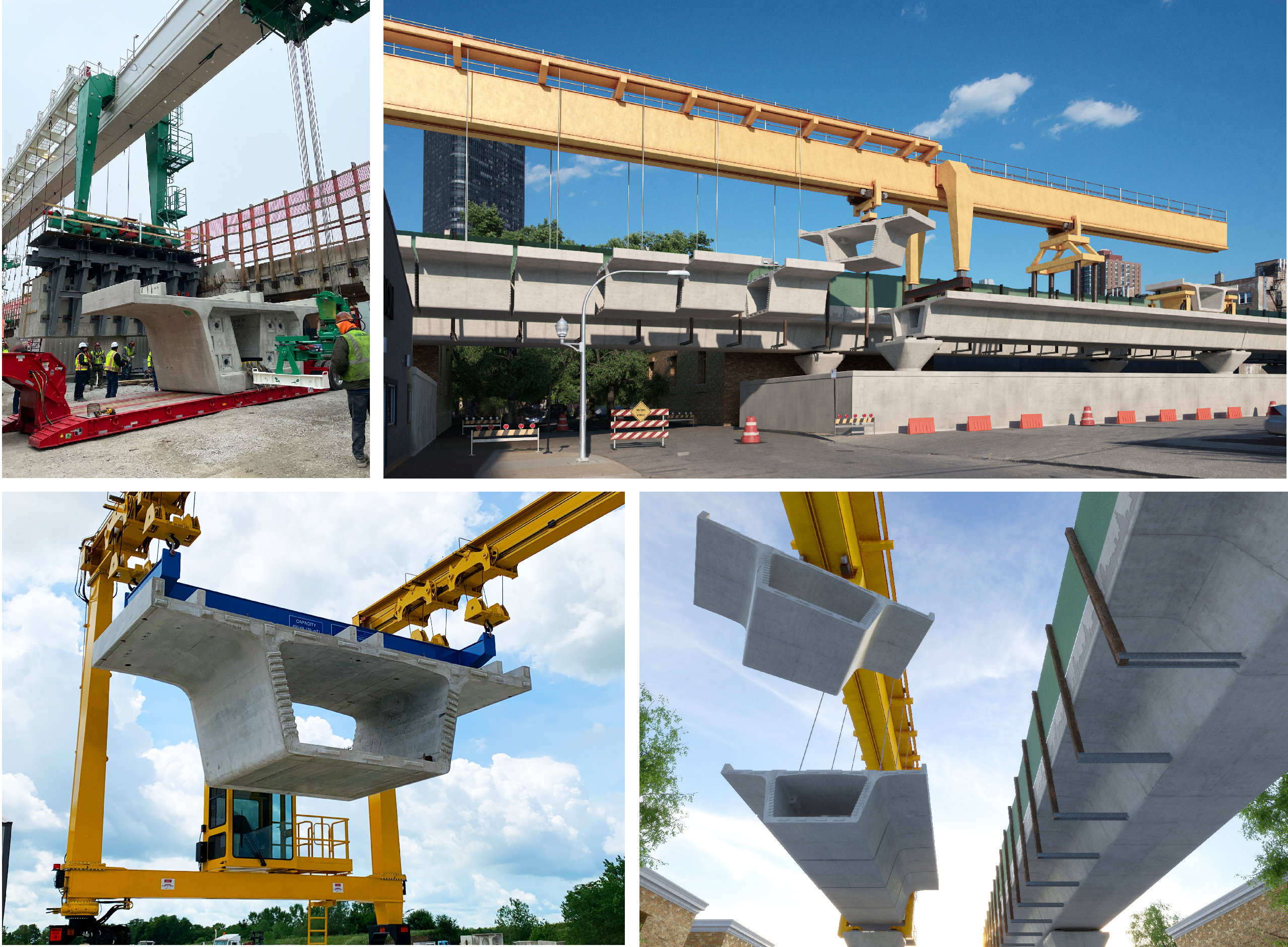 As part of the Walsh-Fluor Design-Build Team, SYSTRA IBT developed a segmental concrete guideway for a major portion of the US$2 Billion Red-Purple Modernization project in Chicago. This design required approval of an alternate technical concept that significantly improved upon the baseline steel design. It will be the first segmental structure built by the Chicago Transit Authority (CTA). The CTA operates the famous Chicago ‘L’ (short for “Elevated”) rapid transit system, which first began service in 1892 and is well-known for its steel structures.

During the pursuit, SYSTRA IBT showcases distinctive visualization capabilities. The realistic renderings were incorporated in the reviews of the alternate technical concept and were a key factor in communicating the design, construction, and aesthetic concepts to the CTA and the public.

The SYSTRA Bridge Group, SYSTRA Consulting USA, and SYSTRA-DTE also collaborated for this pursuit. In addition to bridge engineering, the team deploys their worldwide rail systems and transit expertise. Due to the unique character of the proposed structure within the Chicago system, it was necessary for SYSTRA to develop a unique stray current protection system that effectively protects both the new closed-deck segmental structure and the adjacent open-deck steel structures.

The ‘L’ is the second busiest rail mass transit system in the United States, and it is an iconic symbol of Chicago. This is a very high-profile win for SYSTRA in North America.