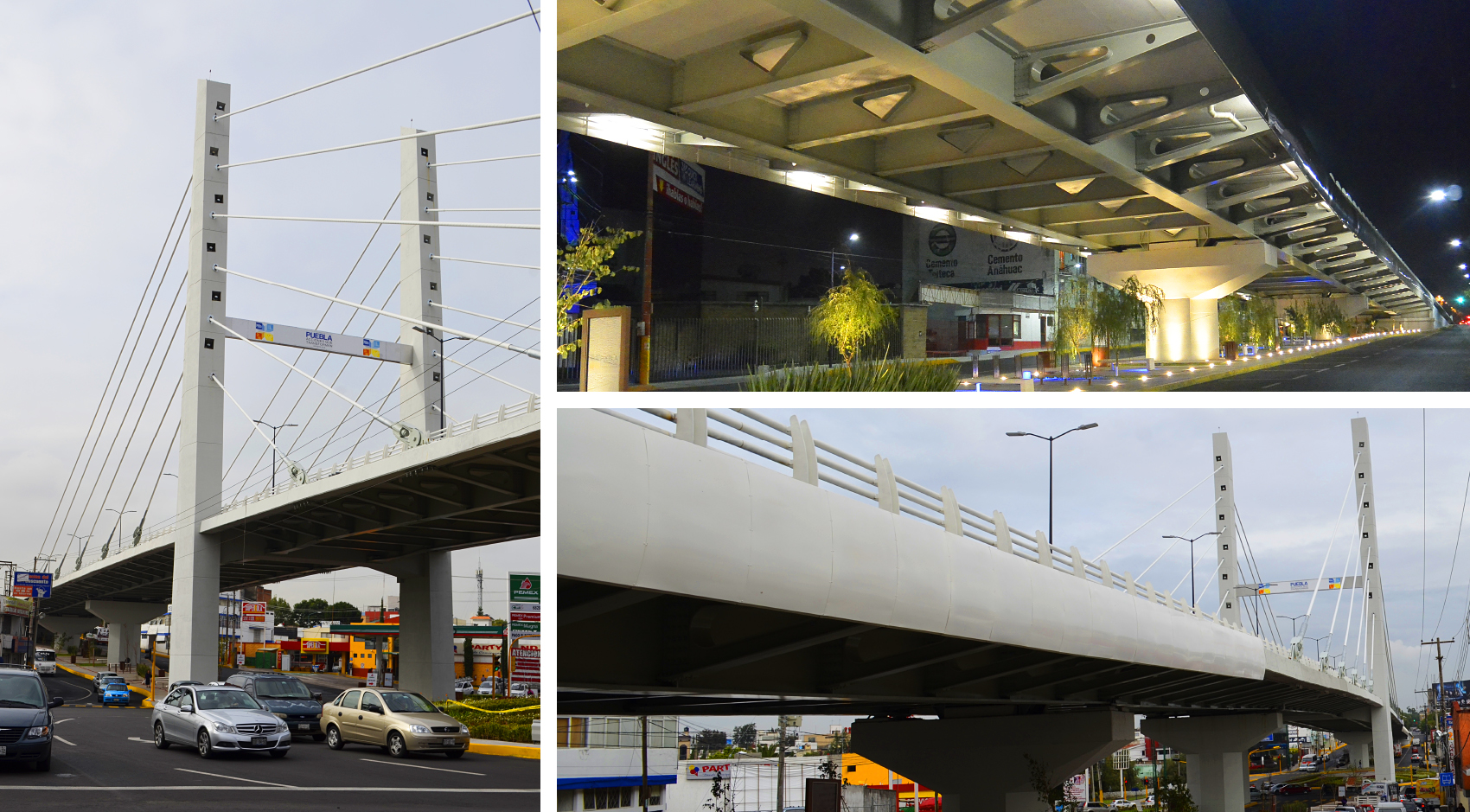 The bridge over the Carlos Camacho Espíritu Boulevard (formerly Valsequillo Boulevard) is located in the city of Puebla, State of Puebla, Mexico. The 313 m (1,026 ft) long structure consists of a 105 m (344 ft) long north approach, a 173 m (567 ft) long cable-stayed structure, and a 35 m (115 ft) long south approach. The bridge alleviates traffic at one of the city’s most congested intersections. Both the cable-stayed structure and the approaches required special aesthetically pleasing designs as the bridge is located in one of Puebla’s main arteries.

The cable-stayed structure has an 84 m (275 ft) – 54 m (177 ft) – 35 m (115 ft) asymmetrical span arrangement. The pylon has a unique architectural shape, which provides a sense of inclination without actually being inclined. This is achieved by varying the dimensions on three of the five faces. The roadway is supported on either side by two shallow longitudinal concrete edge girders measuring 0.70 m (2.3 ft) deep. A grid consisting of two central 1.4 m (4.5 ft) deep steel beams and variable depth, steel transverse floor beams works compositely with the concrete deck slab to distribute forces to the edge girders. The variable depth and architectural openings in the transverse floor beams enhance the slender appearance of the deck.

The approaches are composed of 35 m (115 ft) long simply supported spans. The two central 1.4 m (4.5 ft) deep steel girders, the variable depth steel transverse floor beams, and the composite concrete deck from the cable-stayed span continue to form the superstructure for the approach spans. The use of this structural system provides visual continuity between the approach and the cable-stayed structure, and it provides the approaches with an equally slender appearance.

SYSTRA IBT was responsible for concept development—including the incorporation of all aesthetic requests—as well as final design and construction engineering.